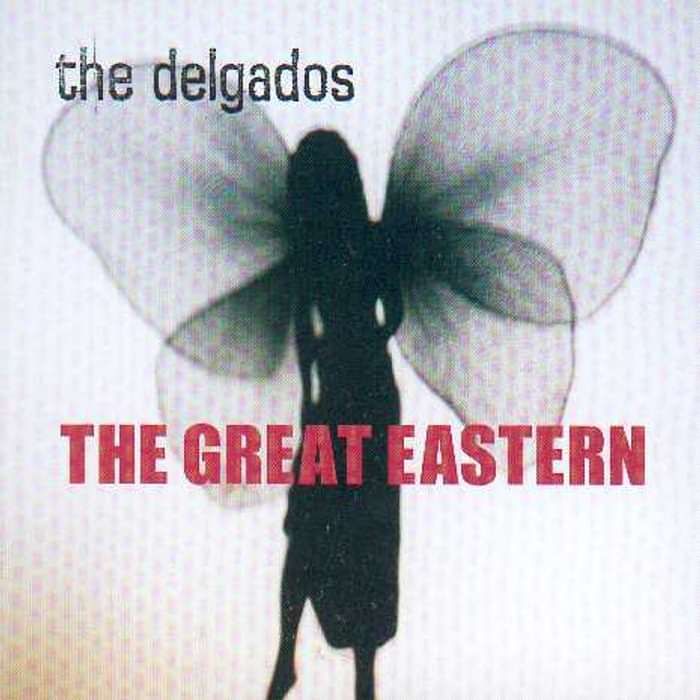 In many people's opinion, The Delgados' magnum opus, The Great Eastern remains one of Chemikal Underground's most significant releases. Not only because the album's critical success forced people to reappraise their opinion that The Delgados were nothing more than musical also rans, but also because it's commercial success came along at a time when Chemikal Underground needed a relatively big selling artist on its roster following the departure of Mogwai and Arab Strap.

The album itself, named after the homeless shelter a mile or so from Chemikal Underground's offices, was a triumphant realisation of The Delgados' potential as songwriters and as a live act. With live shows often featuring ten musicians on stage (and in one instance at the Royal Festival Hall as many as eighteen), this was clearly not a lo-fi album. The recording process was (as usual) a protracted one with sessions lasting well over a year. Once again recorded at CAVA with Tony Doogan, it was decided that given some abortive attempts at mixing the thing, Paul, Stewart and Tony would decamp to Upstate New York and mix the album with Flaming Lips helmer Dave Fridmann.

The end result was a resounding success: shortlisted for the Mercury Prize, The Delgados also received a Spirit Of Scotland Award Music Award, A Nordoff-Robbins Best Newcomer (!) Award and a Jockrock Tartan Cleft Award for The Great Eastern. Not bad going really for an album that seemed to take as much out of the band as they were putting in. The string players included the inestimable Charlie Cross (who The Delgados met after they needed a violinist to mime with them as they performed 'Pull The Wires From The Wall' on the Jack Docherty Show) Davie Laing, Greg Lawson and the omnipresent Alan Barr.

As far as previously unknown titbits are concerned: listen out for Tony Doogan during the spacey middle section in The Past That Suits You Best - recorded in the wild woods just outside Tarbox Studios, we'd been scaring ourselves as the Blair Witch Project had just been released. Another note on that song: "Drinking Breaker at night in the cold Duchess light" was a reference to the cheap lager we often purchased for carryouts as kids and the 'Duchess' was the Duchess Of Hamilton Park in Motherwell or 'The Duchy' as we all called it.

Accused Of Stealing had been recorded in an entirely different way which we just weren't happy with so it was taken back into Chem19 and the chorus switched into 3/4 time for the version you can hear on the album now. the 'Ed' in question for Reasons For Silence (Ed's Song) is in fact Ed Horrox, a wonderful guy who had A&R'd The Delgados at Beggars Banquet and who now runs 4AD.

Thirteen Gliding Principles had been transformed with Camille Mason's flute parts and the addition of strings so it was decided that it would fit perfectly on an album like The Great Eastern, despite the fact that it had been written four years previously as a B-Side for Cinecentre. Stewart still maintains that the outro to Aye Today is one of The Delgados' best pieces of music and that Camille's flute part on it has never been bettered. By anyone.

The string section sampled for Knowing When To Run is from Scheherazade by Rimsky-Korsakov.

Pointless piece of trivia: The angel/fairy on the front cover of the album was a three inch high metal ornament photographed by Paul's sister Lindsay.

Rather Immodest Update: That august body of musical criticism MOJO, has recently placed The Great Eastern as #49 in their list of The 50 Greatest UK Indie Records Of All Time! (the exclamation mark is essential apparently). Now 49 may not be the sexiest of numbers, but given that there have been a damn sight more than 50 indie records released in the UK, we're quite happy to bask in the reflective glory of just how brilliant we were...

Rather Immodest Update #2 : NME have just placed the album at #46 in their Top 50 Albums of the Decade so given that we've climbed three places from MOJO's accolade we should be challenging the top spot come 2054.