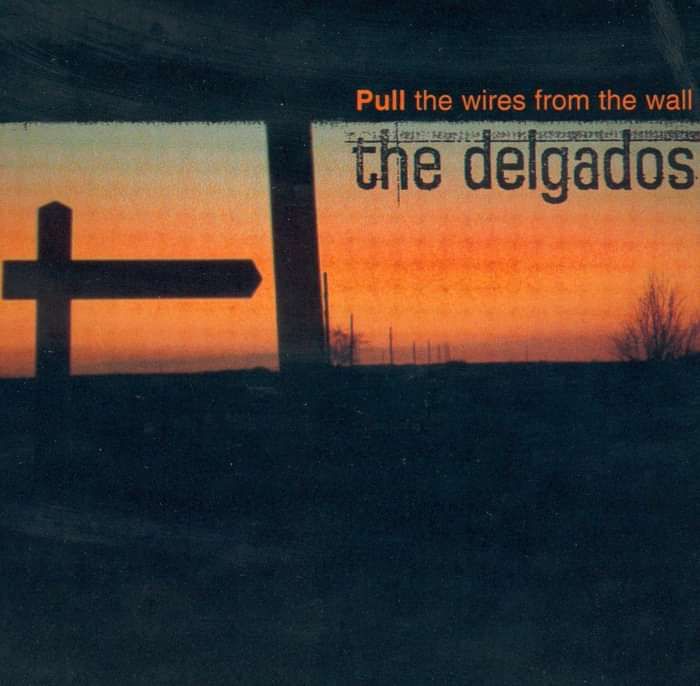 The Delgados - Pull The Wires From The Wall - Digital Single (1998)

The second single from Peloton and the track that is most associated with John Peel's love of the band. The song was voted #1 in John's Festive 50 at the end of 1998 and seemed to cement an affection that the great man had held for the band since their inception.

Inspired by a book Emma was reading at the time called "The Insult" by Rupert Thomson, "Pull The Wires..." was, if our memory serves us correctly, a very straightforward song to write which came together very quickly. The B-Sides were Mark the Day (a rare instrumental which we never got round to getting words together for) and Mauron Chanson which had been intended for inclusion on the album but for whatever reason was deemed 'not right' and missed the cut - no doubt being replaced by Blackpool. Listening to it now, the tempo's all wrong: too fast.

Pointless piece of trivia: The cover photograph was taken by Paul on the back roads between Hamilton and East Kilbride.