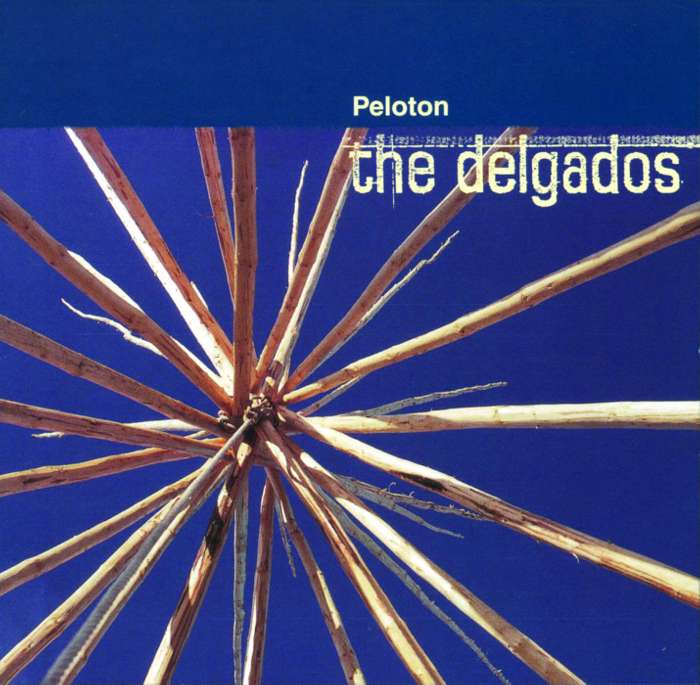 The Delgados' second album constituted something of a critical leap forward for them: much more skillfully realised as an album and featuring the band's first use of strings and woodwind, Peloton received a lot of great reviews and seemed to cement The Delgados' reputation as a band that would endure.

Recorded in CAVA studios in Glasgow it was the first time that The Delgados would work with Tony Doogan - who was to engineer and effectively co-produce every other album the band would record. Peloton was, in truth, not an easy album to record. It ought to be acknowledged that the four members of The Delgados did not often see eye to eye and the recording sessions for Peloton were particularly fractious at times - Emma and Stewart often having more than the odd cross word to say to each other. Not that it seemed to come across too conspicuously on the tracks themselves.

What did have a seismic effect on the album's recording was the premature birth of Alun's first son Eric (who thankfully pulled through all right). In particular, the track 'Don't Stop' makes pointed reference to events surrounding the recording sessions and the cryptic liner notes were reprised from Dometiques to read "twenty fifth night, 11th month, facing north" - Eric's birthday.

Pointless piece of trivia: The front cover artwork for Peloton was a photograph taken by Alun from inside the frame of a teepee in Canada...