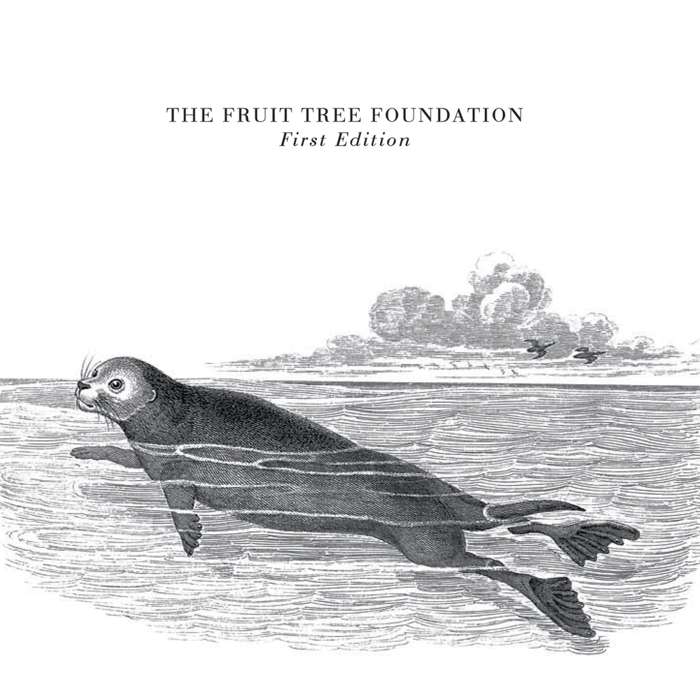 'First Edition' was the result of a rather intensive (and certainly difficult to organise) writing workshop in a remote Perthshire farmhouse in February 2010. The Fruit Tree Foundation's 'project leaders' Rod Jones and Emma Pollock had already drawn up their wish-list of musicians and songwriters so all that had to happen next was their spending some time together under one roof to write and rehearse the songs.

The first attempt (in Jan 2010) was called off at the last minute after Rod Jones had no alternative but to let his car skid its way down the hill from the farmhouse on a completely iced-over, impassable road. Determining these conditions weren't the safest (especially for the heavily pregnant Karine Polwart), the workshop was rescheduled for February when the weather was supposed to be milder. It wasn't.

Winter continued to bite from 20th to 24th February, with snow and ice threatening to cut the farmhouse off from the outside world which, given the Twilight Sad were about to embark on a US tour, would have been unfortunate to say the least. Alasdair Roberts came in for a day before having to leave and, when things started to look particularly bleak with Jack Frost, Harry Ice and Dave Snow laying seige to the building, they all buggered off pretty smartish. So smartish in fact, that, by all accounts, it looked like a herd of wildebeest had ordered takeout and then fucked off without locking the door behind them. Talented do-gooders or not, The Fruit Tree Foundation lost their housekeeping deposit.

Emma Pollock: "Writing the new music in the house in Perthshire in such an intense way really brought home to me the inclusive nature of music and how it always manages to convey an energy all of its own. All nine of us walked in on the first day really quite unaware of what we were about to do, but ultimately the music written carried us all along and the atmosphere in the house was always really positive.

Music takes you out of yourself and you can become engrossed in its mood and momentum. This change of perspective can be a wonderful thing and I love the fact there's so much music out there for us to dive into any time we want to go somewhere new."

Hear hear. This is a rich, fiercely intelligent and thrillingly diverese piece of work and you are wholeheartedly encourage you to pick up a copy. A 50% share of the profits from this release will be going to the Mental Health Foundation.