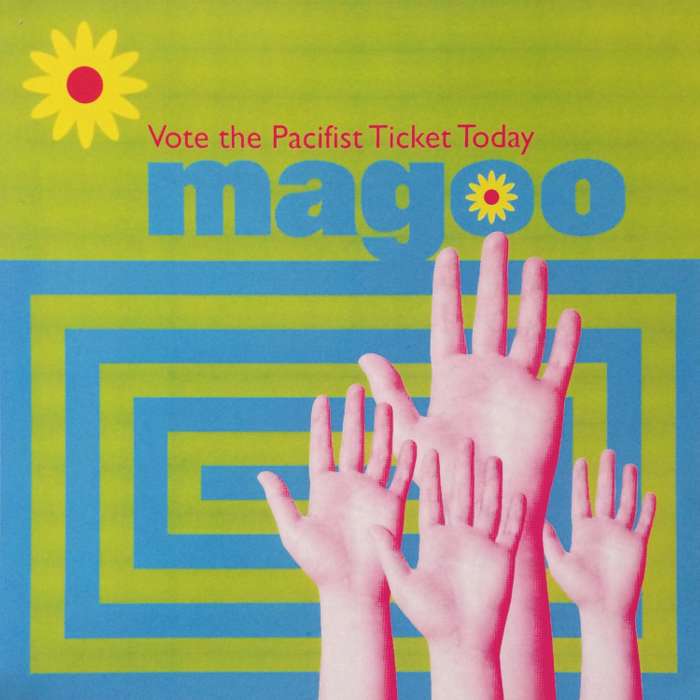 Andrew (Chemikal Underground): "Magoo's second album with us, mainly recorded at The Purple Studios in Norwich with 'Get On It Superhero' & 'Billion Dollar Brain' getting the CAVA treatment in Glasgow. I remember being offered the opportunity to do backing vocals on 'Get On It Superhero' and almost did, but shat out of it in the end. It would be eight years on in the very same studio that I would make my recording debut on Arab Strap's 'There Is No Ending'.

'Vote the Pacifist Ticket Today' would be Magoo's last release on Chemikal Underground. Whenever Magoo were in Scotland they would stay at my (very understanding) parents house on the floor of my room. I spent a lot of time with Magoo and this seems as good an opportunity as any to say that not only were they a great band, they became great friends of mine too."