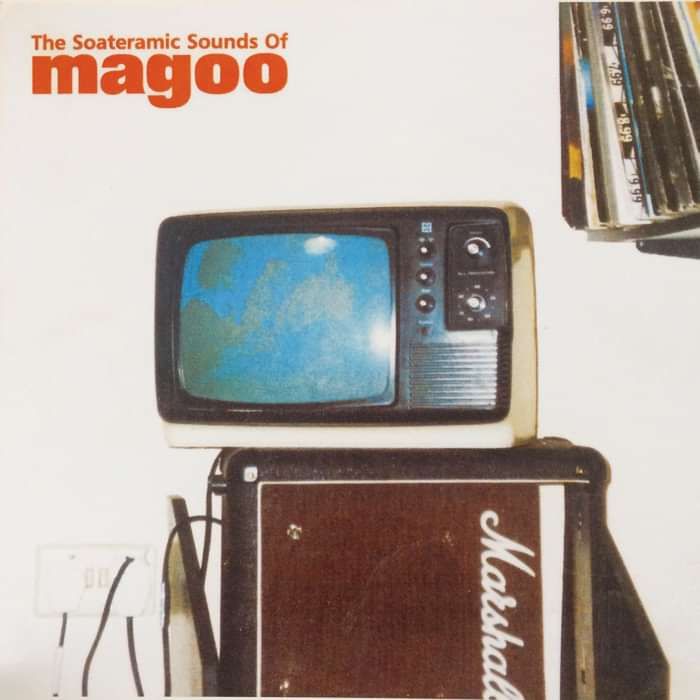 Andrew (Chemikal Underground): "What a monster album this turned out to be. Clocking in at 58:03 on CD and spanning a full LP & 7" on vinyl. Recorded in a variety of places, which included The Swamp, MCM (which became CHEM 19 and is now Gargleblast Rehearsals) and Magoo's very own Sick Room, 'The Soateramic Sounds..' is an album that delivers more than its money's worth.

It was only a few weeks after the album release that almost the entire label's roster and staff went to Mauron in Brittany to participate in a music festival. Sending Arab Strap, The Delgados, Mogwai and Magoo abroad in one package was an act of spectacular optimism: that we managed to get through that weekend without anyone being arrested, deported or dead was a minor miracle..."