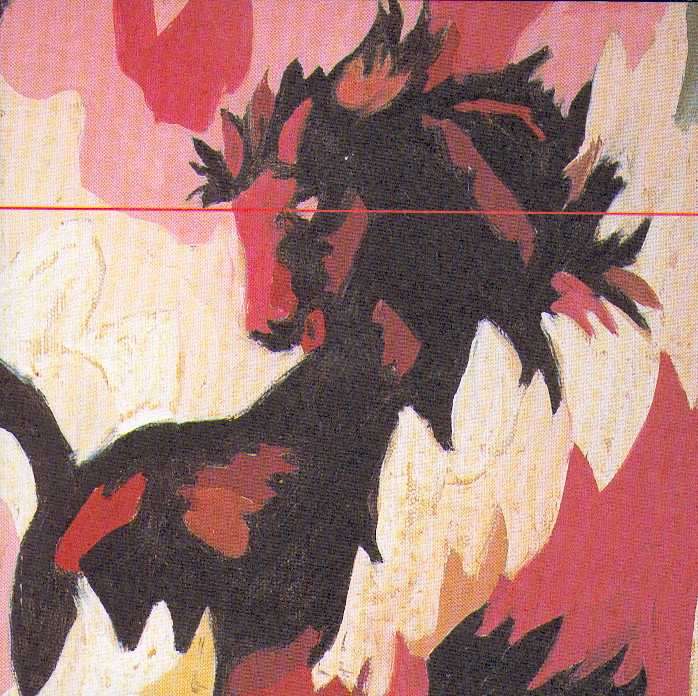 Arab Strap's return to Chemikal Underground was launched properly with the release of their dark masterpiece The Red Thread. 10 tracks long and clocking in at a few minutes shy of an hour, The Red Thread is a densely beautiful piece of work: the swirling strings of Haunt Me, contrasting with the starkly picked acoustic of Amor Veneris; swathes of gigantic guitar crash all over The Long Sea while electronic beats patter and click underneath Turbulence. Also worthy of a special mention is Screaming In The Trees, where Malcolm's guitar playing packs just as much of an emotional punch as Aidan's lyrics.

With The Red Thread, Arab Strap establish once and for all just what an intensely talented writing partnership Moffat and Middleton were becoming: the music and lyrics working together to transport you to somewhere else entirely. It should also be noted that Aidan was ably assisted on backing vocals by Adele Bethel (who would go on with Arab Strap drummer David Gow to form the highly successful Sons And Daughters).

Trivia #1: The front cover of The Red Thread was a painting by numbers completed by Aidan's mother.

Trivia #2: Despite selling out of the damn things, the vinyl version of The Red Thread was the most expensive piece of artwork we've ever compiled.