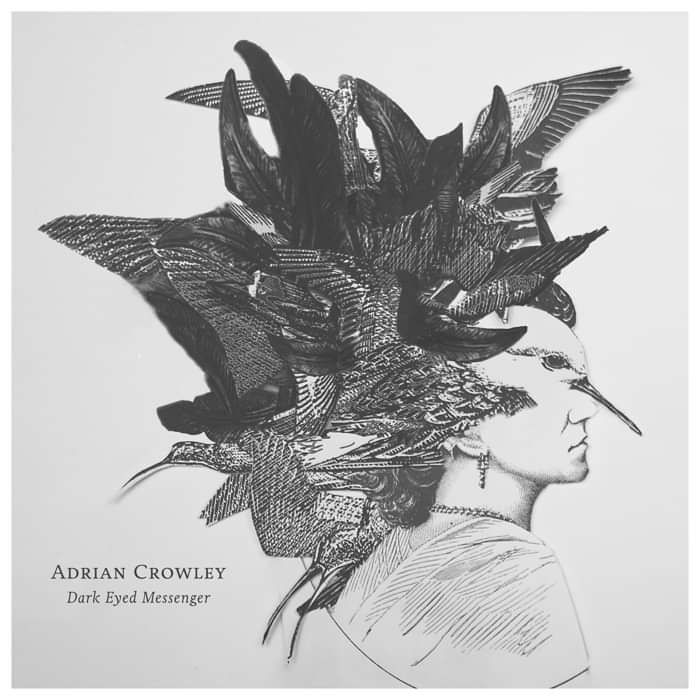 Adrian's eighth album (and fourth for Chemikal), Dark Eyed Messenger comprises 11 songs crowned with his mahoganied baritone yet untouched by the instrument with which he is most associated, guitar. This is just one of many surprising yet bewitching results of the album’s stress-free birth at the hands of American producer and musician Thomas Bartlett, aka Doveman (Sufjan Stevens, Martha Wainwright, The Magnetic Fields).

"Thomas said he had a potentially controversial suggestion," Adrian recalls. "He asked how I’d feel about having no guitar on the album. I jumped at the idea. The notion of showing up and just singing appealed to me very much."

Recorded over four days in May 2016 in Bartlett’s New York studio, the record not only captures Crowley at the apex of his songwriting powers but also the creative lava that can flow when two perfectly aligned musical minds come together. "Thomas’s instinct and my vision seemed to work in synergy," says Crowley. "It was moving to see him conjure these spectral sounds seemingly out of the air between us."

As the singer suggests, Bartlett’s contribution to Dark Eyed Messenger is variously unsettling, comforting and effervescent, eliciting a sweeping array of dream-like sounds and deploying dissonance where the listener might least expect it. The result is an immersive record that inhabits a world of dusk, dreams and desire. As with Crowley’s previous releases, an air of literary depth and poetry pervades the set, reflecting its creator’s lyrical flair and elegantly assured writing style.

Evoking fragments of such diverse works as The Blue Nile's A Walk Across the Rooftops and Deserter’s Songs by Mercury Rev, Dark Eyed Messenger sounds like it took ten times as long to make as it did, an illusion that is testament to the strength of the partnership that forged it.

While modesty prevents Adrian from hailing these songs as the most beguiling in his two-decade career, we're happily unencumbered by such niceties and we stand by our judgment: Dark Eyed Messenger is a masterful work of unwavering focus and beauty.