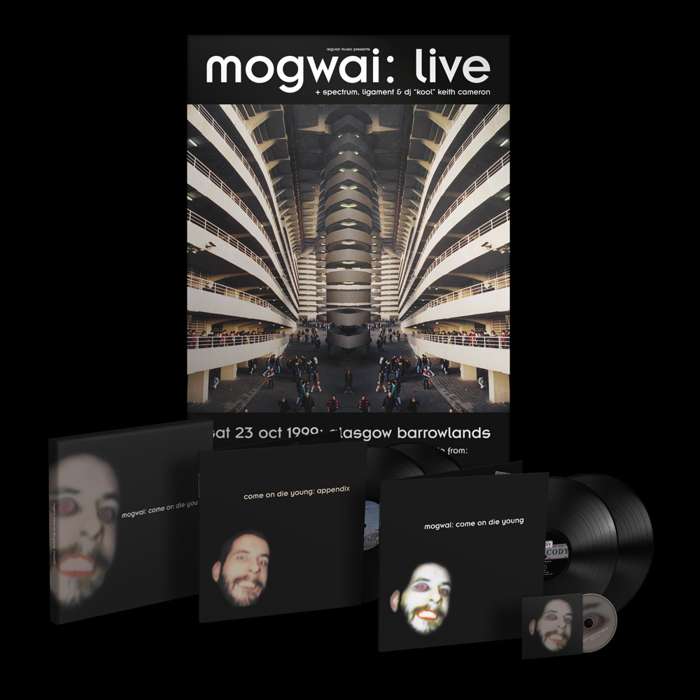 This deluxe edition of ‘Come On Die Young’ has been painstakingly put together by the band and label, unearthing more than an hour of bonus material including:

‘Come On Die Young’ was - and remains - a hugely accomplished, elegant and important album, setting a benchmark for the fierce intelligence that would characterise Mogwai’s future body of work. The reissue of ‘Come On Die Young’ - fifteen years after it originally hit the shelves - recognises the vital role this album played in Chemikal Underground’s development as the label approached its 20th anniversary in 2015.